BIANCA Gascoigne has hinted that she and her new man Arron Wright might be getting engaged soon.

The former glamour model – who has been dating Arron for six months – says she’s ready to take her relationship to the next step.

The Celebrity Big Brother star admitted that she has plans to “get married” as she thinks her boyfriend is “husband material”.

She told Closer magazine: “We’ll get married. He’s husband material, and I can see us getting engaged soon.

“Arron is quite traditional and has a large family, so it will probably take place here in the UK, or we’ll have two ceremonies. 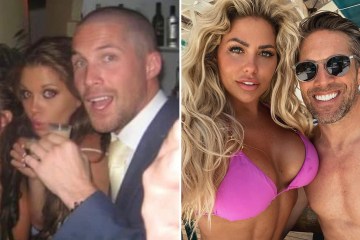 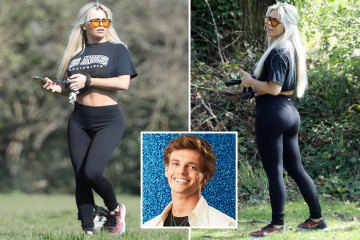 “Maybe an intimate one abroad and a big ceremony in England so everyone can come. I need a ring first though!”

Bianca split with Kris after a year-long relationship in February 2021, and remained single until she met Arron last summer.

The couple had actually become friends 14 years prior, having met at a party at the Dubai races, and crossed paths again in Ibiza.

“The universe works in mysterious ways because if we were supposed to get in a relationship back then, it wouldn’t have worked,” she said.

“I definitely see settling down and having kids as the next stage of my life. We’re not trying, we’re just seeing what happens.”

It comes after Bianca shared a sweet throwback snap of herself and her boyfriend Arron as she thanked “the universe” for him.

The then-pals could be seen taking shots together as they dressed up in a suit and dress as they attended the Dubai races in 2008.

She paired the adorable snap with a recent photograph of the two of them as they holidayed together, sitting poolside.

“We’ve known each other for that long, stayed in contact throughout the years, met up in different countries and now re-grouped in the best relationship ever, and being the best versions of ourselves.”

Bianca gushed that the “universe had it planned all along”.

Bianca and Arron went Instagram official last December – with the model posting a picture of the pair by the Christmas tree.

Bianca – the daughter of footballing legend Paul Gascoigne – could be seen beaming at her beau she cosied up to him.

It also comes four months after the model pulled out of appearing on popular dating show Ex On The Beach with her ex Kris.